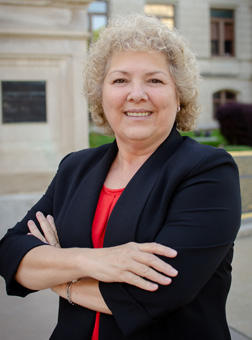 In her leadership role, she guides all organizational development, as well as all human resource disciplines which include recruitment efforts, internship program, leadership training development and benefits for the Georgia State Financing and Investment Commission, the Georgia Building Authority and the Georgia State Properties Commission. Most notably, Ms. Sharpton has implemented the Career Management Institute, a long-term strategy training and career development program.

She is a member of the Society for Human Resource Management, Atlanta and National Chapter.