Atlanta, Georgia- (February 11, 2020) The Supreme Court of Georgia and The Georgia Court of Appeals hosted a dedication ceremony honoring the completion of the Nathan Deal Judicial Center.

Associate Justice Clarence Thomas of the Supreme Court of the United States served as the keynote speaker. During his speech, Justice Thomas drew connections to his Georgia roots. Born in the Pin Point Chatham County, Georgia Thomas recounted a time were courthouses like the Judicial Center were segregated. Thomas, currently the longest-serving justice on the Supreme Court, warned the tent full of elected officials that the judiciary must keep itself aligned with the rule of law and not let biases creep into rulings.

"Each time a judge sidesteps or manipulates the law to achieve his or her desired outcome, the rule of law suffers and is undermined and, eventually, compromised." - Associate Justice Clarence Thomas

"Our decisions should not be driven by a desire to be revered or lionized for reaching certain outcomes. We are not mass media icons," he said. "We are judges, nothing more and nothing less." - Associate Justice Clarence Thomas 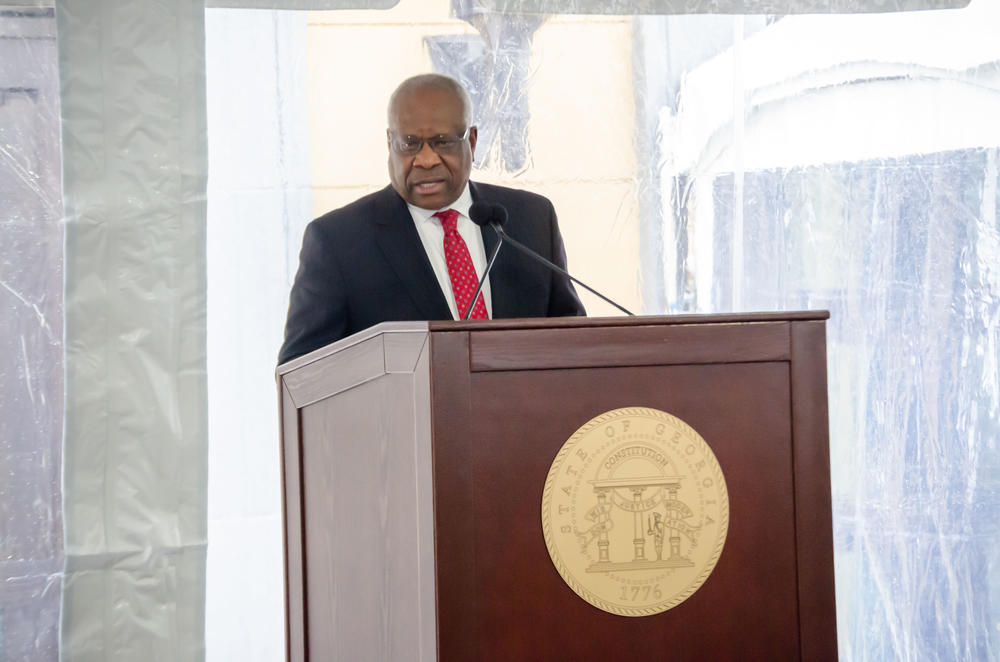 “This is a magnificent architectural achievement that should evoke pride in the entire state,” Thomas said. “… It embodies the ideals of our courts, as well as Gov. Deal’s deeply personal commitment to criminal justice reform and to this great state.”- Associate Justice Clarence Thomas 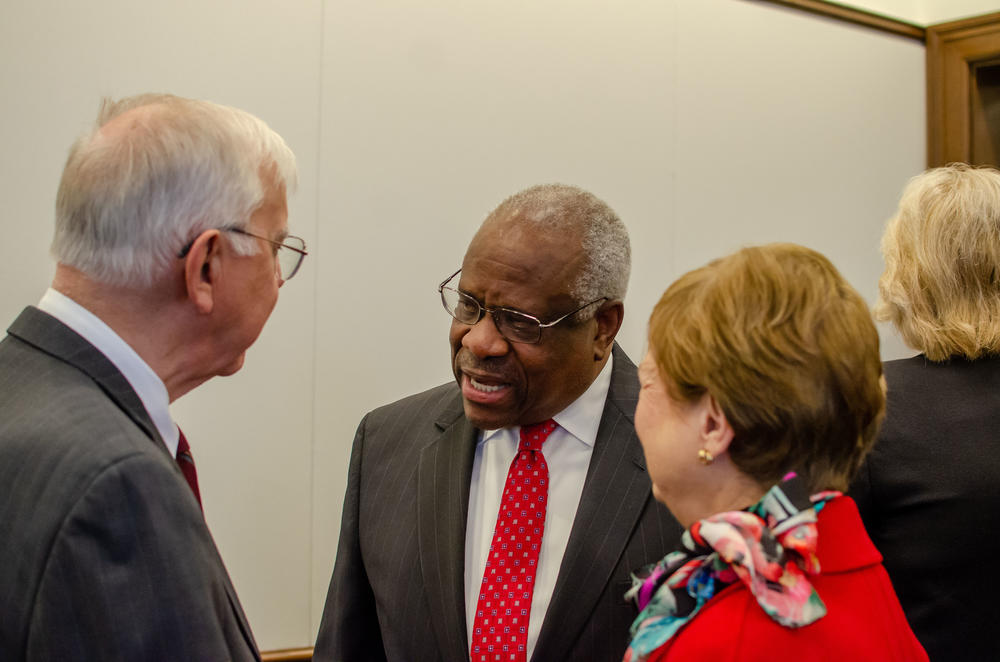 The New Judicial Center is named after former Governor, Nathan Deal. Standing in front of a packed tent, Governor Brian Kemp said that naming the building after Deal was a true testament to the reform Georgia has made to its legal system.“His work fundamentally changed the way we view nonviolent offenders, winning support from both sides of the aisle, and it set a standard across our country,” Kemp said. “His dedication to the redemption and rehabilitation of state prison inmates reaffirms the value that we place on second chances in our state.”

“It is the rule of law that holds our nation together. It is, indeed, what holds our state together through difficult times,” Deal said. “And even though we have had tough times in our state, and I’m sure we will have others in the future, it is that rule of law and appreciation and reverence for it that keeps us as a free people in a republic." – Governor Nathan Deal 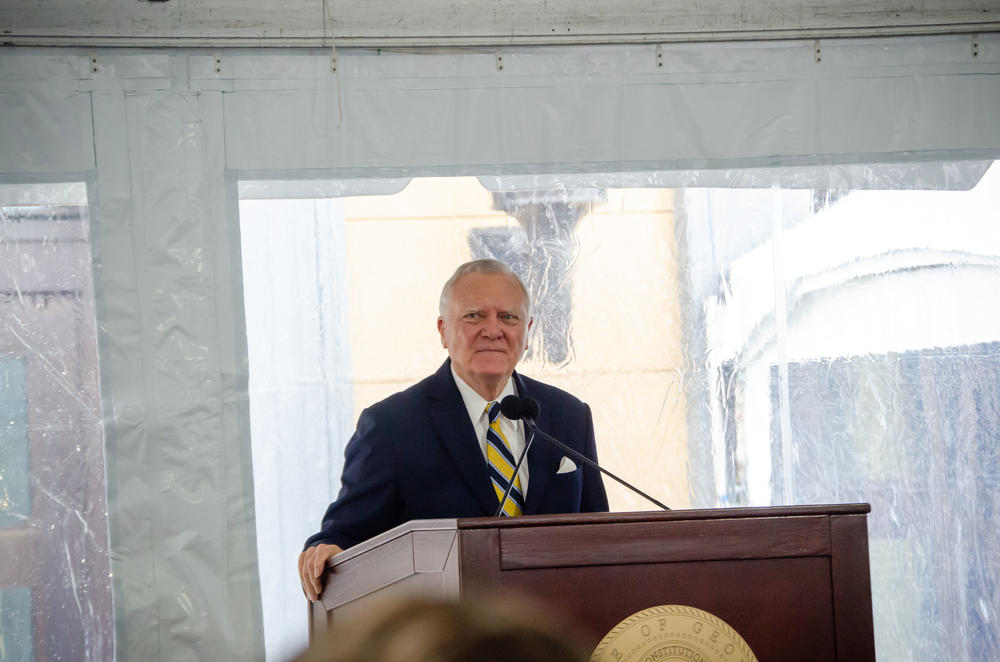 “It is my sincere and profound hope that it will become a true and bold symbol of liberty and equality for future generations,” he said. “As magnificent as this building is now, what is done within its walls in the years to come will ultimately define it and us.” – Governor Nathan Deal 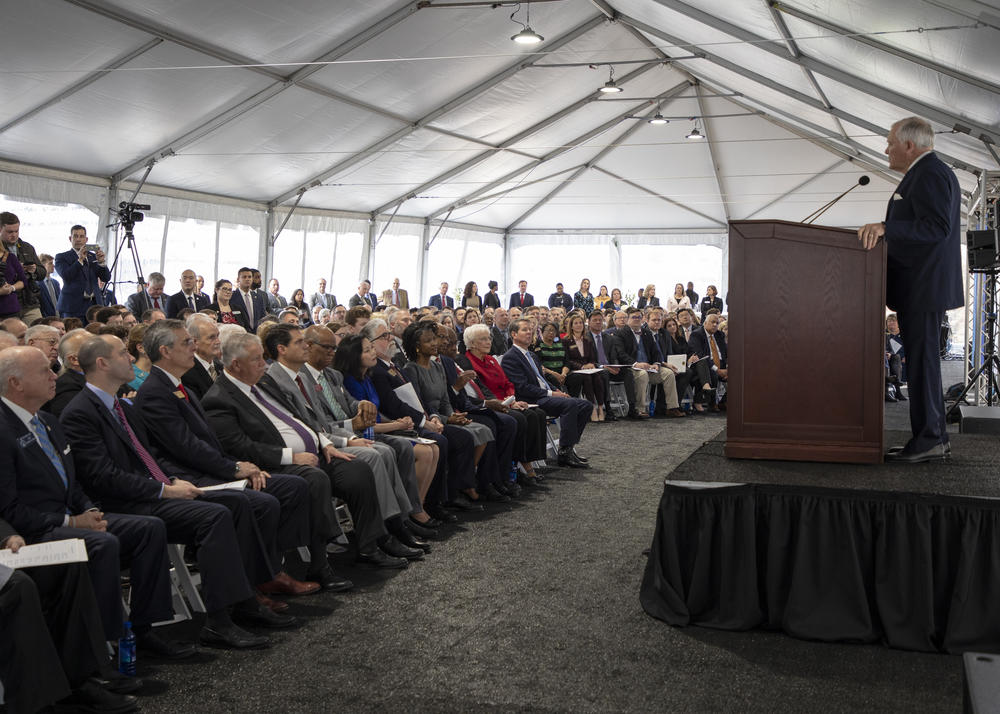 “This building, hopefully, will be regarded as a symbol that Georgia is a state that believes in part of its motto being ‘justice,’” - Governor Nathan Deal 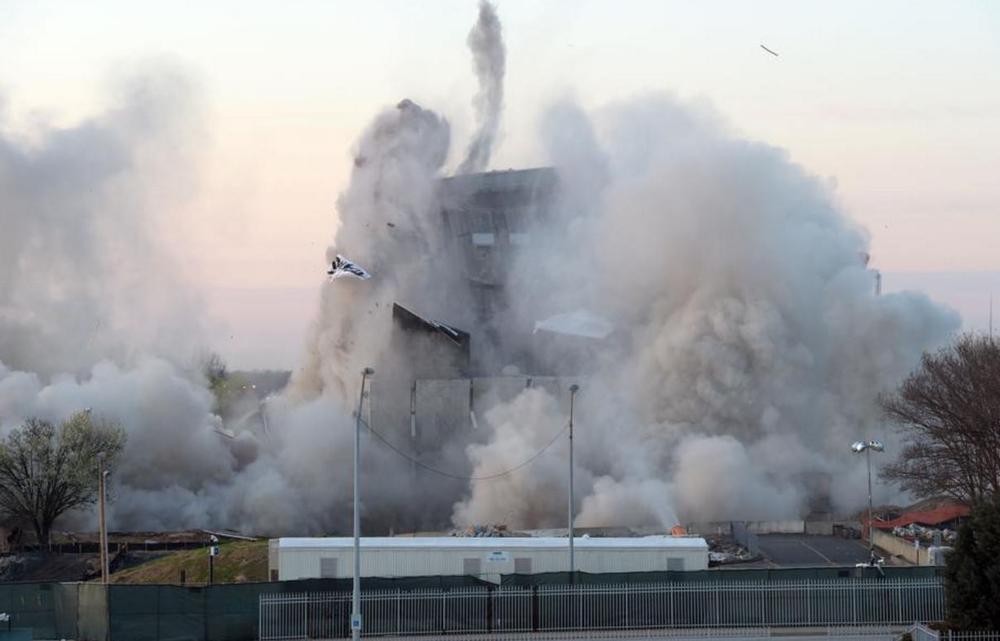 Breaking ground in August of 2017, the Nathan Deal Judicial Center sits on 5.4 acers on the corner of Capitol Ave and Memorial Dr. The 224,000-square-foot building housing the Supreme Court of Georgia, the Court of Appeals and the Business Court once housed the Georgia Archives building for decades.

The $131 million structure is fitted with Georgia marble ionic columns, lined with bronze handrails, terrazzo flooring and furniture made by State prison inmates. The NDJC is the first state building in the history of Georgia that is devoted entirely to the judiciary. Standing six-stories high it is expected to last a century. 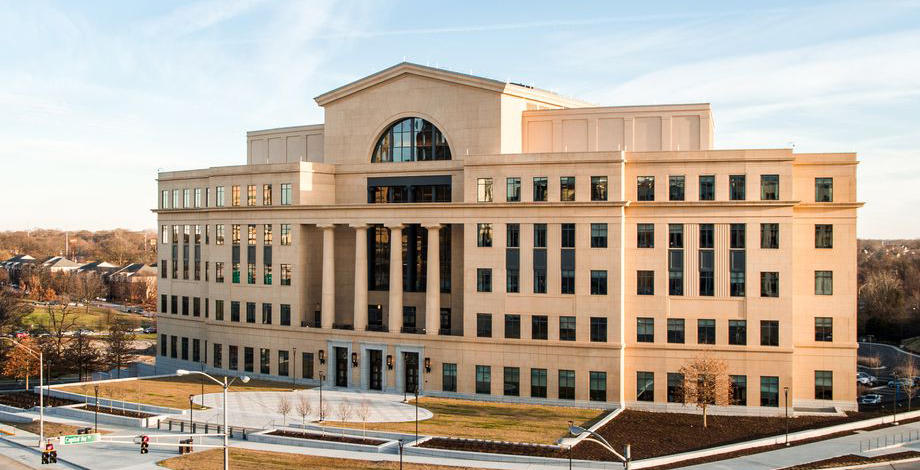 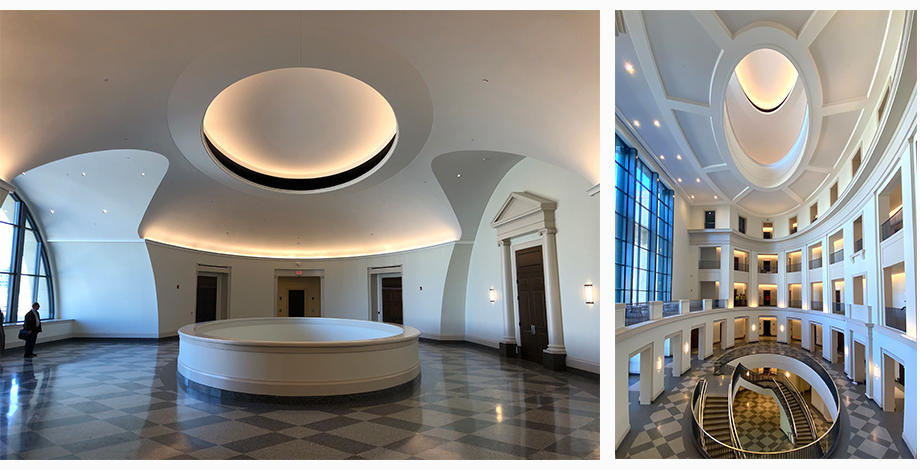